Have you ever had to broach a difficult subject with someone?

I’ve had a go at being more assertive recently.  I am the sort of person who doesn’t

like conflict, and would like nothing better than to live harmoniously with my fellow human beings.  Life isn’t quite as simple as that, and I have been in a position a few times where I have needed to voice my opinion more forcibly than I am used to.

I won’t say it has gone well every time.  There was, let’s say, an “incident” where I was being pushed around during a netball session.  The other player didn’t take kindly to me mentioning it, and I… went home a little early.  I was dreading seeing her the next week, but she apologised profusely, and our relationship was much better after that.  I can’t say I handled it well at the time, but I am glad I spoke up.

Speaking up for yourself

It’s interesting – a conversation that I thought had gone pretty well at the time caused a rift which seems to be impossible to sew up.  I wounded a person’s ego by gently explaining how her behaviour was affecting me, and this did not go down well.  She would rather we not work together than attempt to communicate more effectively.

I was hurt by this at the time, but it has been a release.  I no longer have to work on something that was a struggle, but can put my efforts in other areas where they will be appreciated. Of course, my own ego has been dented by not being needed anymore!  Perhaps it is a good thing that this happens every now and then.

A couple of other times, it has felt all wrong at the time.  I have been frank with someone about a situation I am not comfortable with, and they have not responded with care and compassion.  I have felt awkward, and I was dreading seeing them again.  Both times, there has been a shift a few weeks down the line.  Things have changed for the better.  I wouldn’t have believed it after the initial conversation, but they have.

I think happiness is not always telling people what they want to hear.  Telling them how you feel is important for your sense of self-worth.  Finding a way to do this that is both kind yet forceful enough to get your message across can be challenging.  Feeling that you have been listened to can be empowering in itself.  Not being heard can be frustrating and hurtful.

Finding the balance is tricky, and I have not been successful in every attempt.  I feel there is a danger 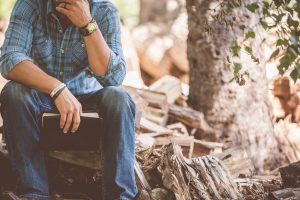 that someone will respond aggressively to what they perceive is criticism because they are used to me being a “yes” person.

Putting up with thoughtlessness of others can lead us to unhappiness.  It takes courage to tackle them, and working out which approach to use is challenging.  Sometimes just voicing your opinion verbally can make all the difference.  Is it better to stay in a bad situation, keeping quiet about your feelings, or face possibility of that relationship coming to an end?  It may be painful at the time, but could lead on to improved relationships.

How do you tackle awkward situations?