Have you ever felt inspired to make a difference?

My husband and I had a rare night away from the children last week.  We were anticipating illness or other problems that would mean it had to be cancelled, but, against all the odds, it happened.  We hadn’t made plans in our child-free 28 hours in case we jinxed it, so we decided see if there were any good films on.

I was looking at cinema listings as he was driving, and we settled on the British film “I, Daniel Blake”.  Our time off was spent in Newcastle, and we went to the lovely Art Deco cinema in the centre.  If you haven’t seen the film, I won’t spoil it for you.

Time to relax into a nice film

I don’t think the brief synopsis of “A carpenter battles with the Work and Pensions Department” did it justice.  It was one of the most moving films I have seen in a long time, not least because it was set in the city in which we saw it.  I have never been in an audience 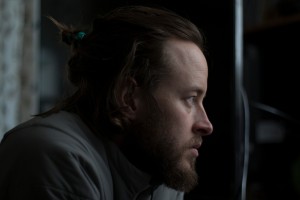 that applauded a film at the end, and people got up to make impromptu speeches about the rich getting richer and the poor getting poorer.

I was approached by a homeless person on leaving the cinema.  Rather than just thrusting some money at him, I stopped to listen to what he wanted to say.  He spoke very intensely, and was right in my personal space.  My husband was edging closer and closer to me to make sure I was okay as it was a little intimidating.  However, I am glad I gave him the time of day.

Out of my comfort zone

While this might not be the sort of film to see when one is supposed to be enjoying some special time with one’s spouse, it certainly got us thinking.  What could we do?  How could we help?  We certainly gave beggars our loose change on the way back to our hotel.  Could there be anything else?

We worked out some ways of how we could make little changes.  We felt totally inspired and motivated to see if we could help those whose circumstances have mean that they are drowning financially.

The best of intentions

So, a week on, what have we done?  Have we set up a monthly direct debit to the local food bank?  No.  Have we written to our MP about the situation?  No.  Have we been through our old clothes and taken what we no longer need to the homeless shelter? … No.

How does this happen?  We get passionate about a cause, and want to make a difference.  We make plans, and have the very best of intentions to carry them through.  Then – life gets in the way.  We become wrapped up in our everyday activities, and our grand plans are lost.

I did buy The Big Issue at the weekend.  It’s only a small gesture, but I decided on this occasion to chat to the seller that I often see to try and show her that she is not totally alone.  Will it have helped?  I don’t know.  It might not have helped her, but it has helped my thought processes remember that I wanted to do something good.  I think we all need reminders of our good intentions at times to make them into something concrete.

How can we find ways of keeping our motivation going?

Update: just after writing this post, we set up a direct debit to a homeless charity.  We also donated more at Christmas.  We have been making donations to food banks.  We have also been giving homemade food to homeless people on the streets.  It’s only a little, but it’s better than nothing.